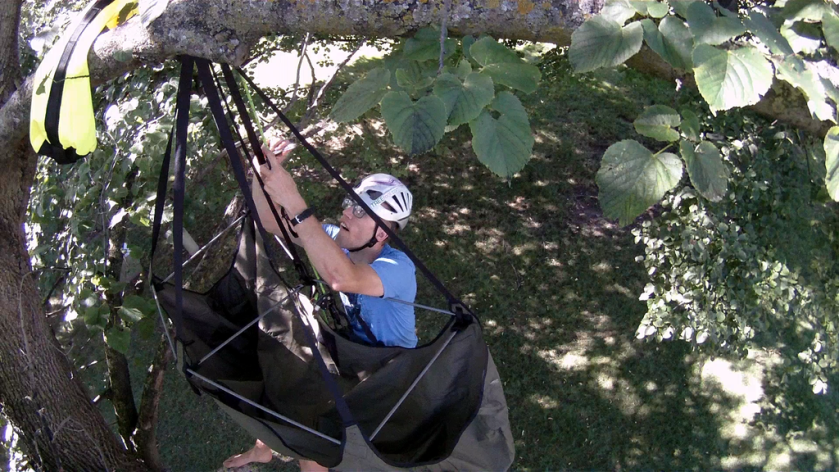 Finally! It only took 3 years. I am now the proud owner of a single point hammock and I couldn’t be more happy. Tom Claytor’s Bat Hammock was such a cool concept and seemed to be the perfect solution for tree camping but when I initially found it there were ZERO reviews anywhere online. Plus the description on MosquitoHammock.com was very minimal and the pictures weren’t as descriptive as I yearned for. After concluding that I was poor as hell I decided to not purchase a Bat Hammock so for the next three years I would casually pass by his website and wonder what I was missing out on.

But then, the curiosity became too much. I had to purchase one and find out if the hammock would live up to my expectations:

It DOES! Actually, it exceeded them! The only issue is that Tom Claytor does not offer a mosquito net for the hammock and his rainfly option will create a very hot enclosed sleeping space due to the lack of ventilation. Luckily for me I have been building hammock tarps and net tents for the past few years so I plan on making a super-duper rainfly with windows for my Bat Hammock.

But where does that leave you? Well, Tom Claytor is a cottage manufacture which means he doesn’t have to answer to a bunch of douche-bags wearing suits in a corporate office. Instead, he is the kindof guy who loves using his gear just as much as you and I so he loves to hear our feedback. I have been exchanging emails with him for the past few weeks and he has AGREED TO OFFER A MOSQUITO NET!!!! He told me that it should be available in the next two months! WOOT! That means you will be able to look at the stars without fear of the bugs and when it rains you can drop the “cone fly” down over the hammock and just leave the bottom open for air circulation.

The hammock is so burly and stable that I had no trouble standing up inside it when I was setting up my cameras: 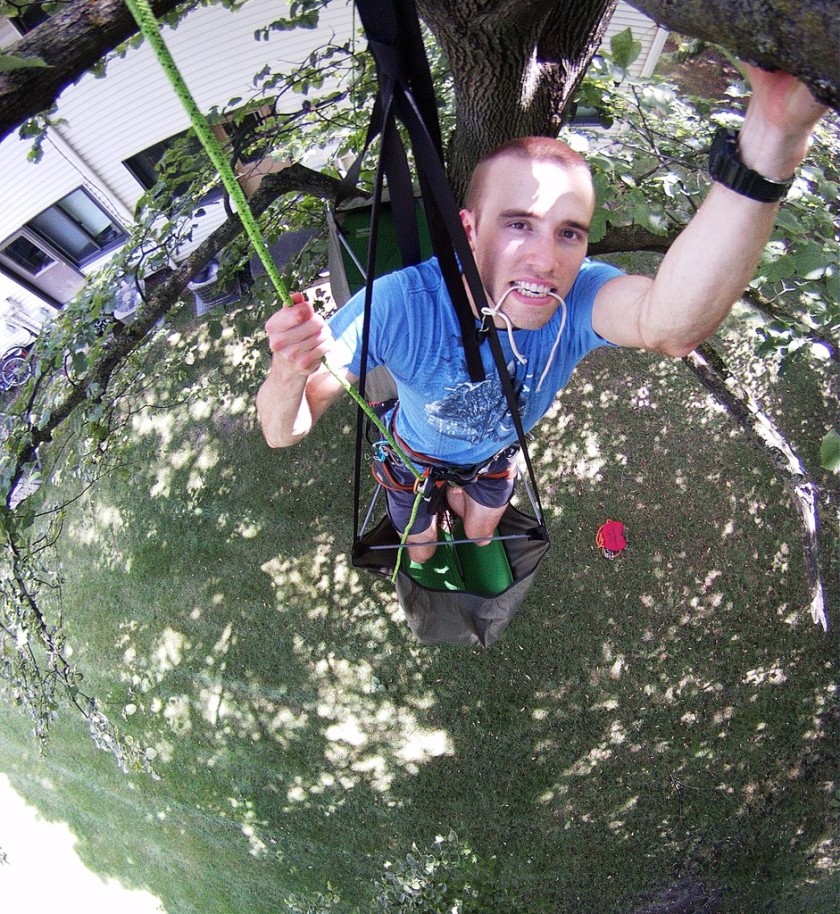 I am super excited about this product since it is the first hammock that I actually purchased (instead of building it myself). Go check out MosquitoHammocks.com for more information! 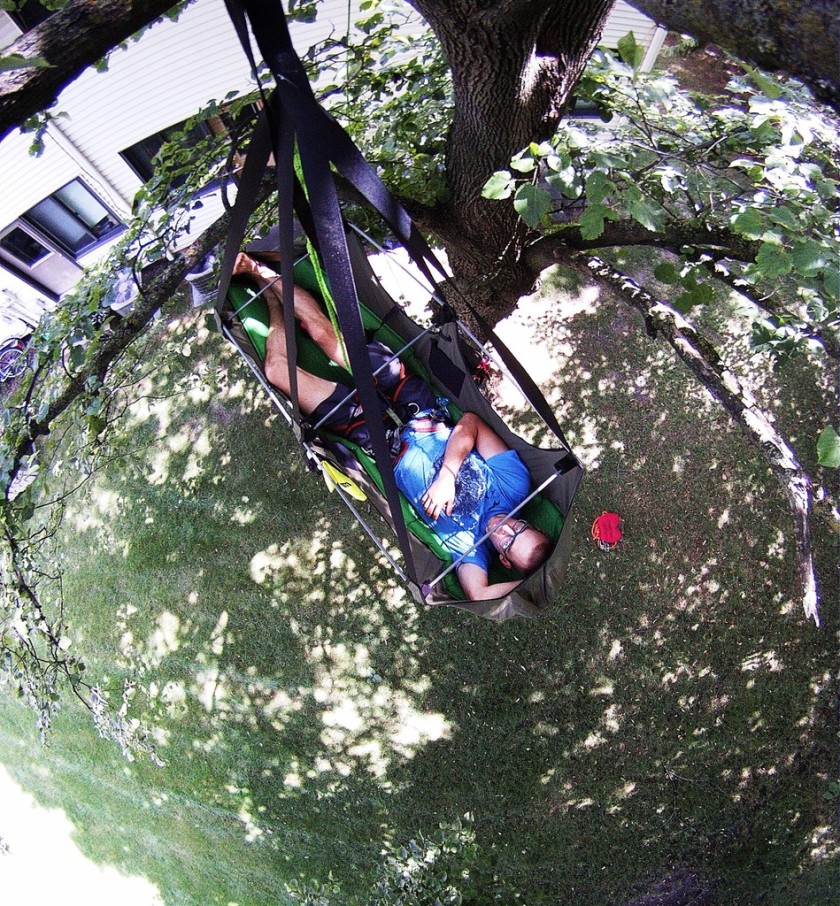 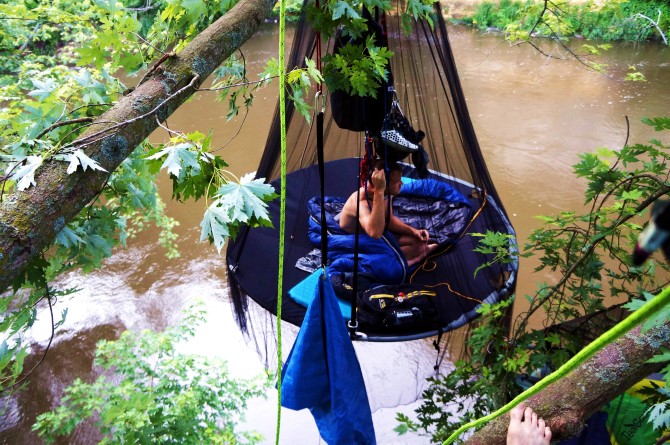 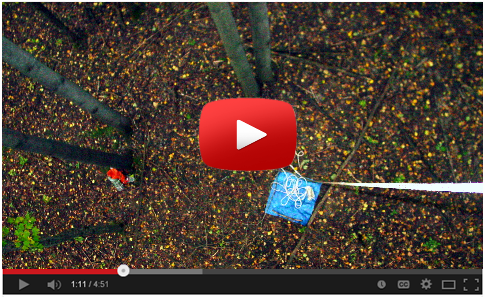 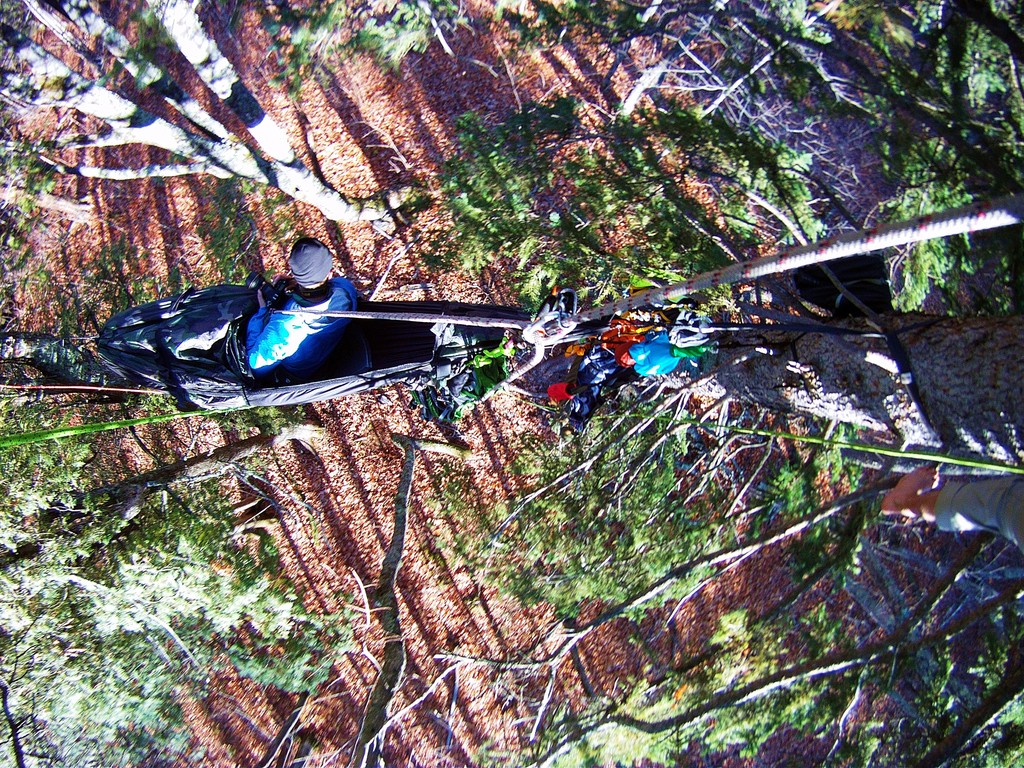